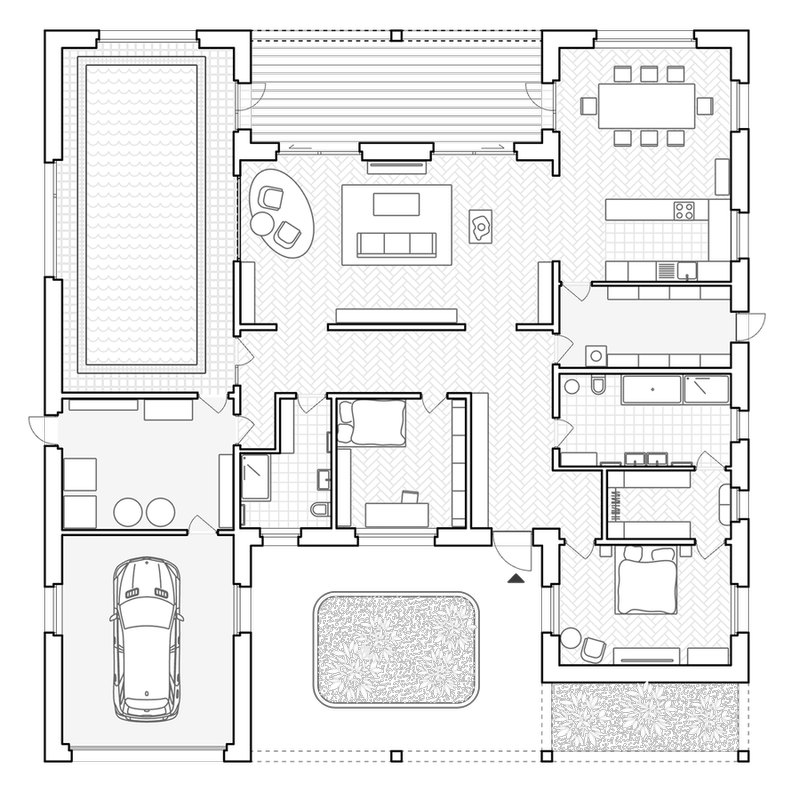 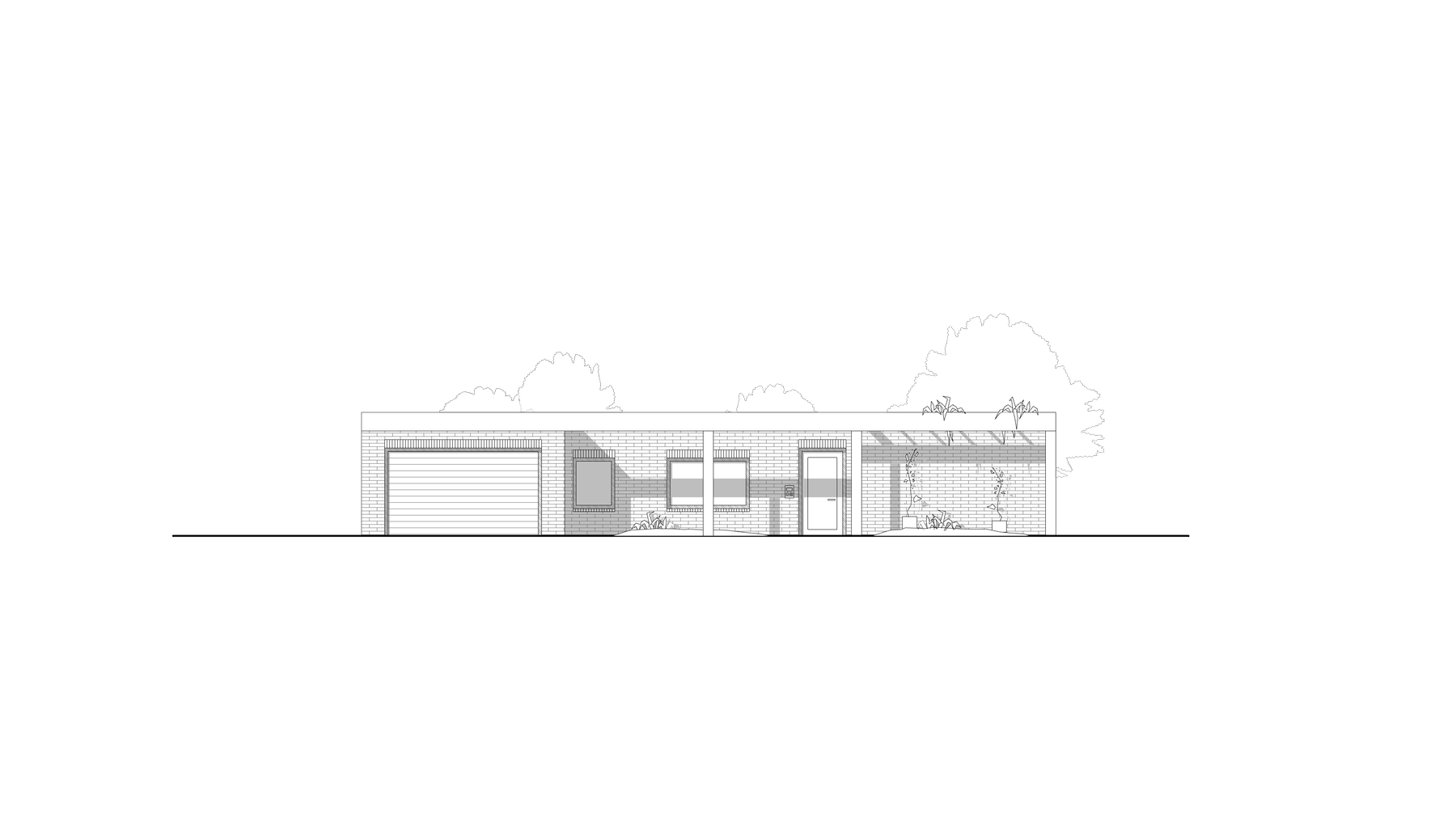 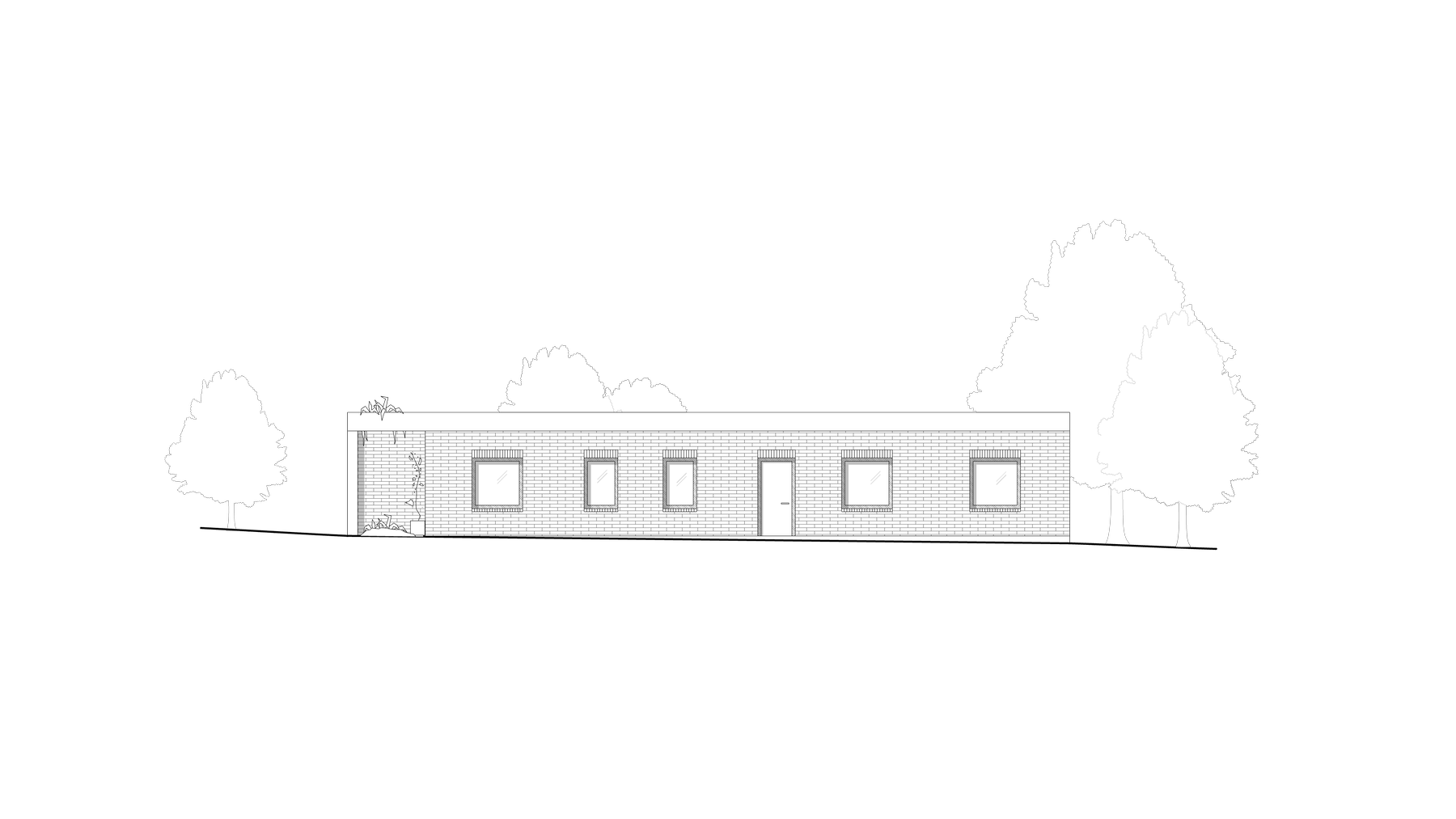 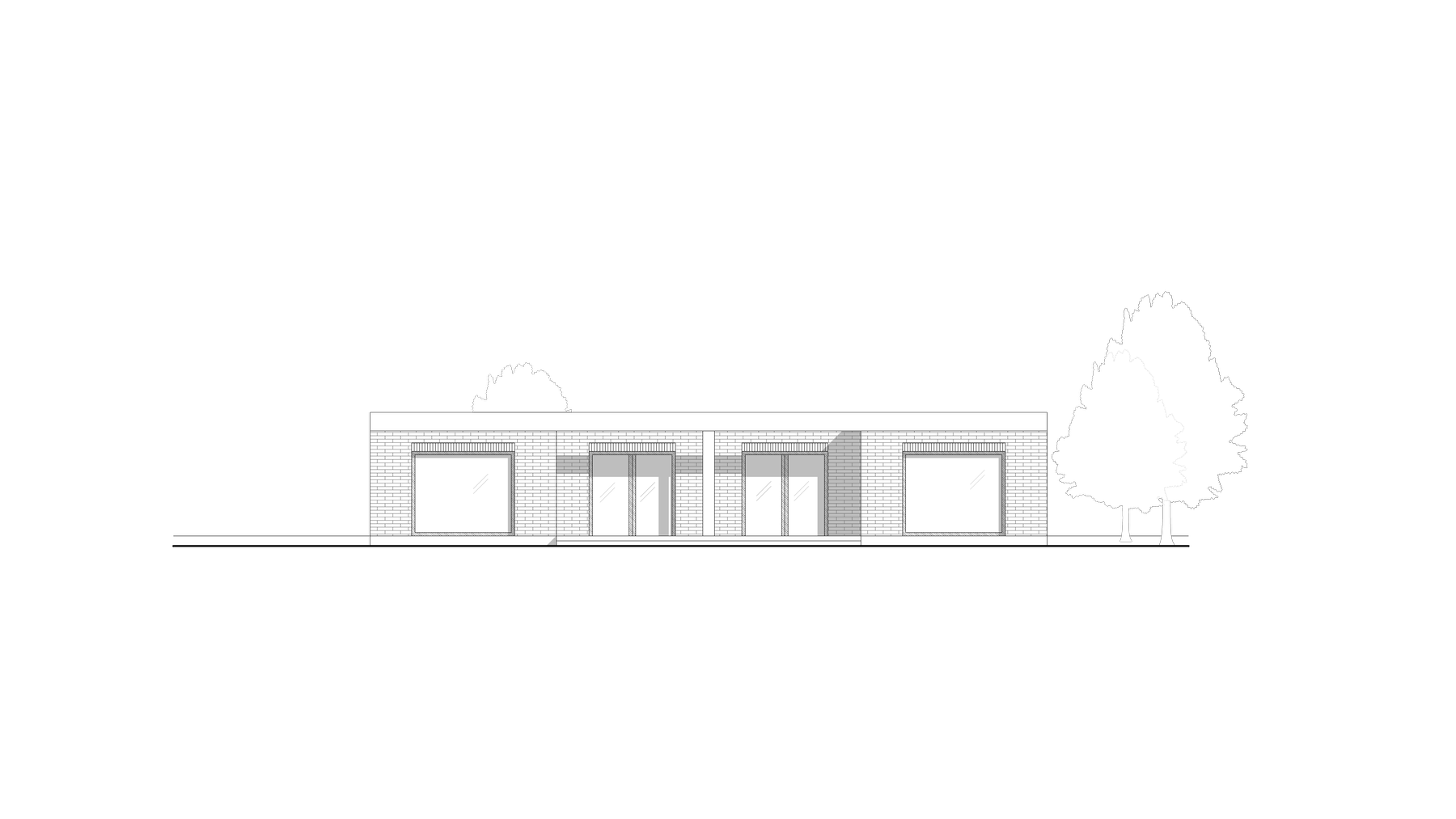 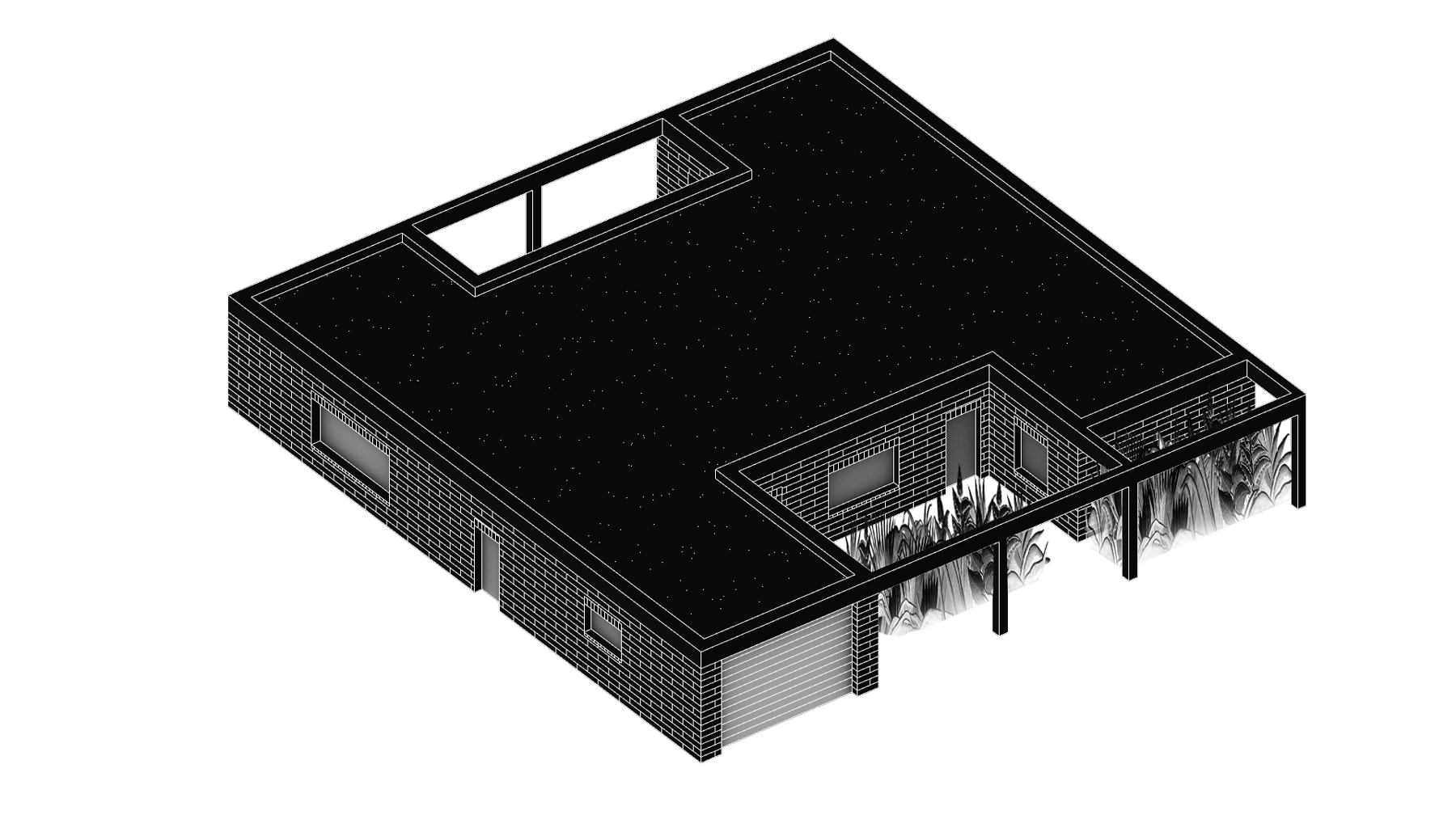 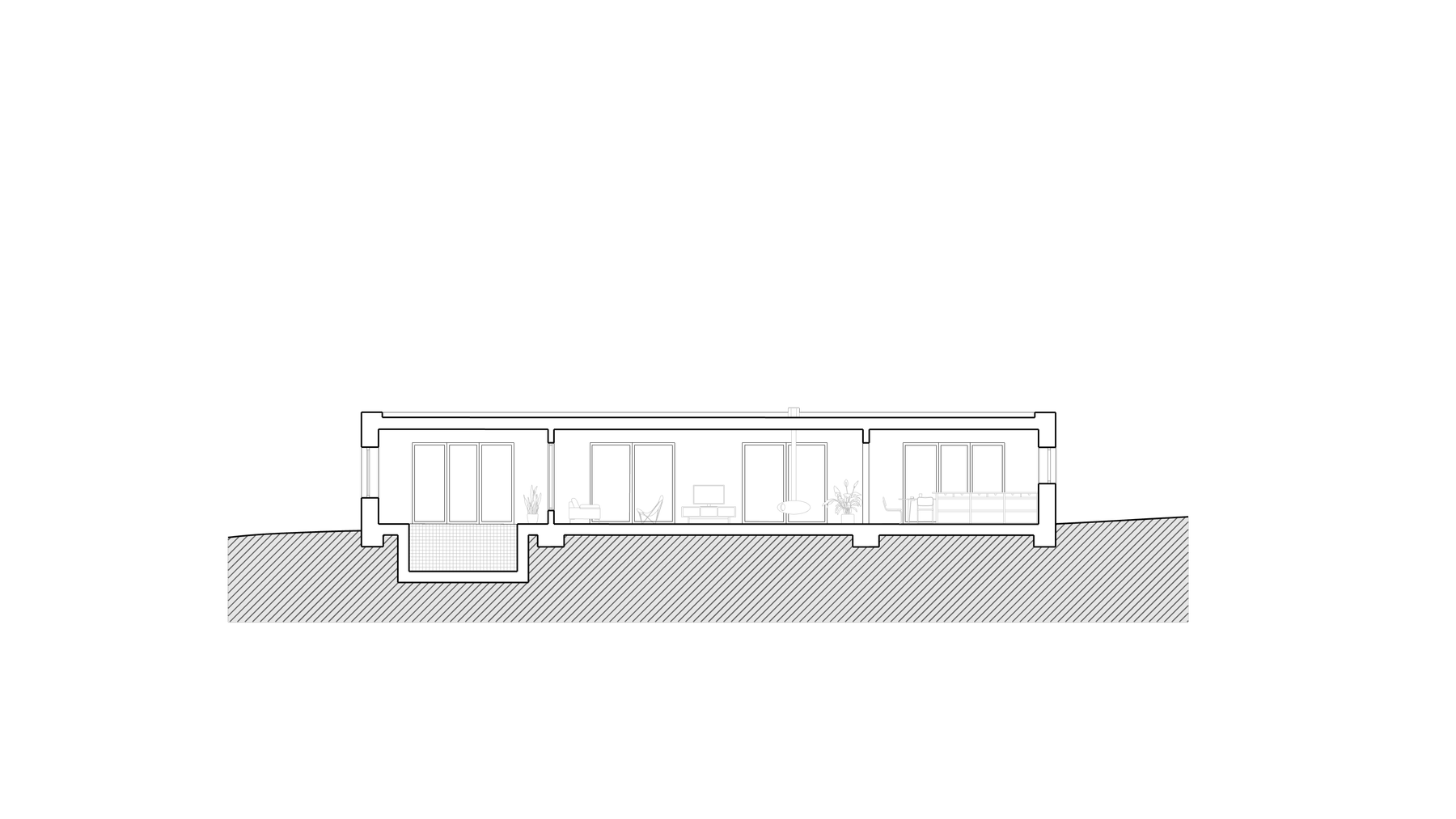 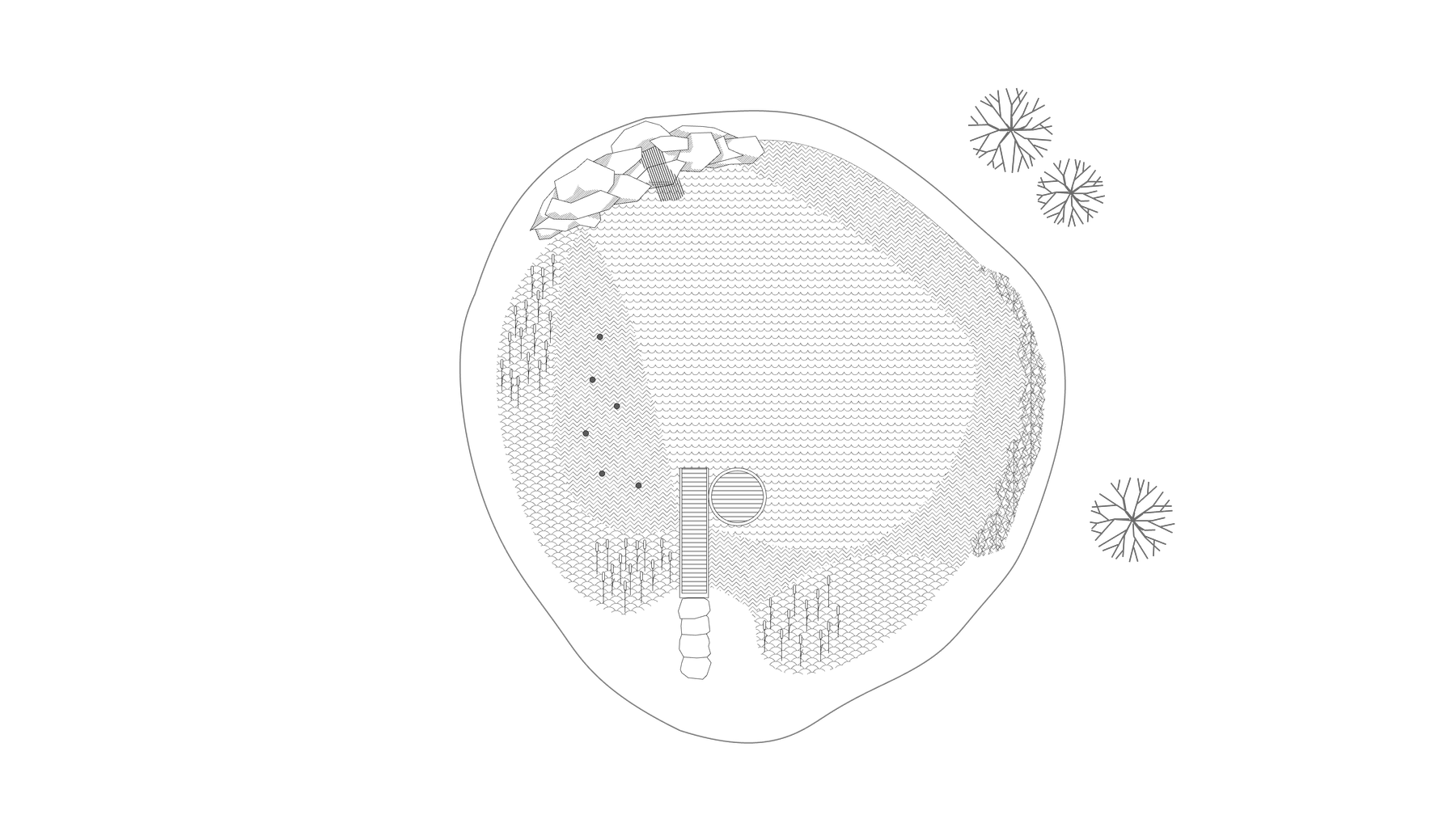 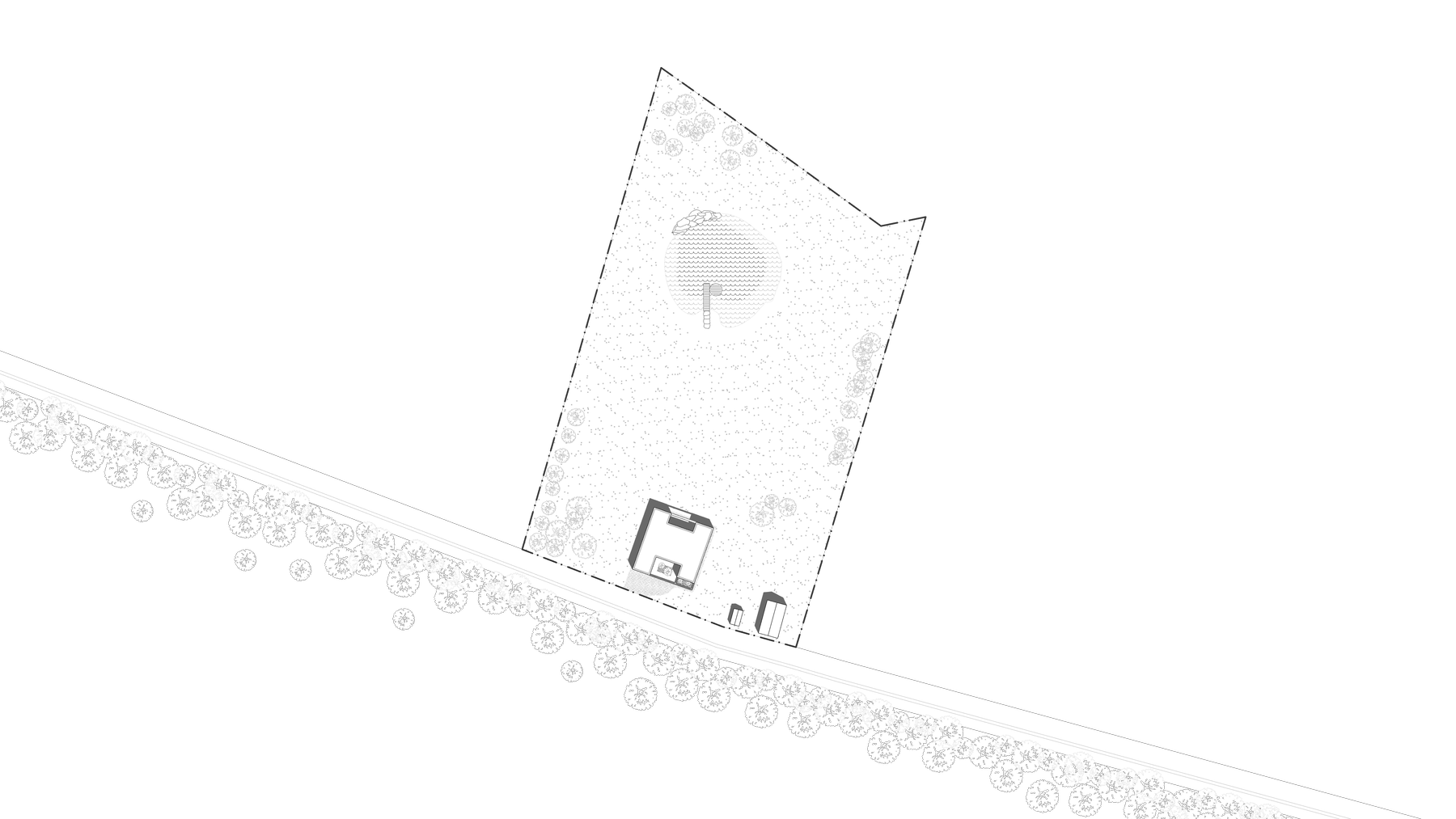 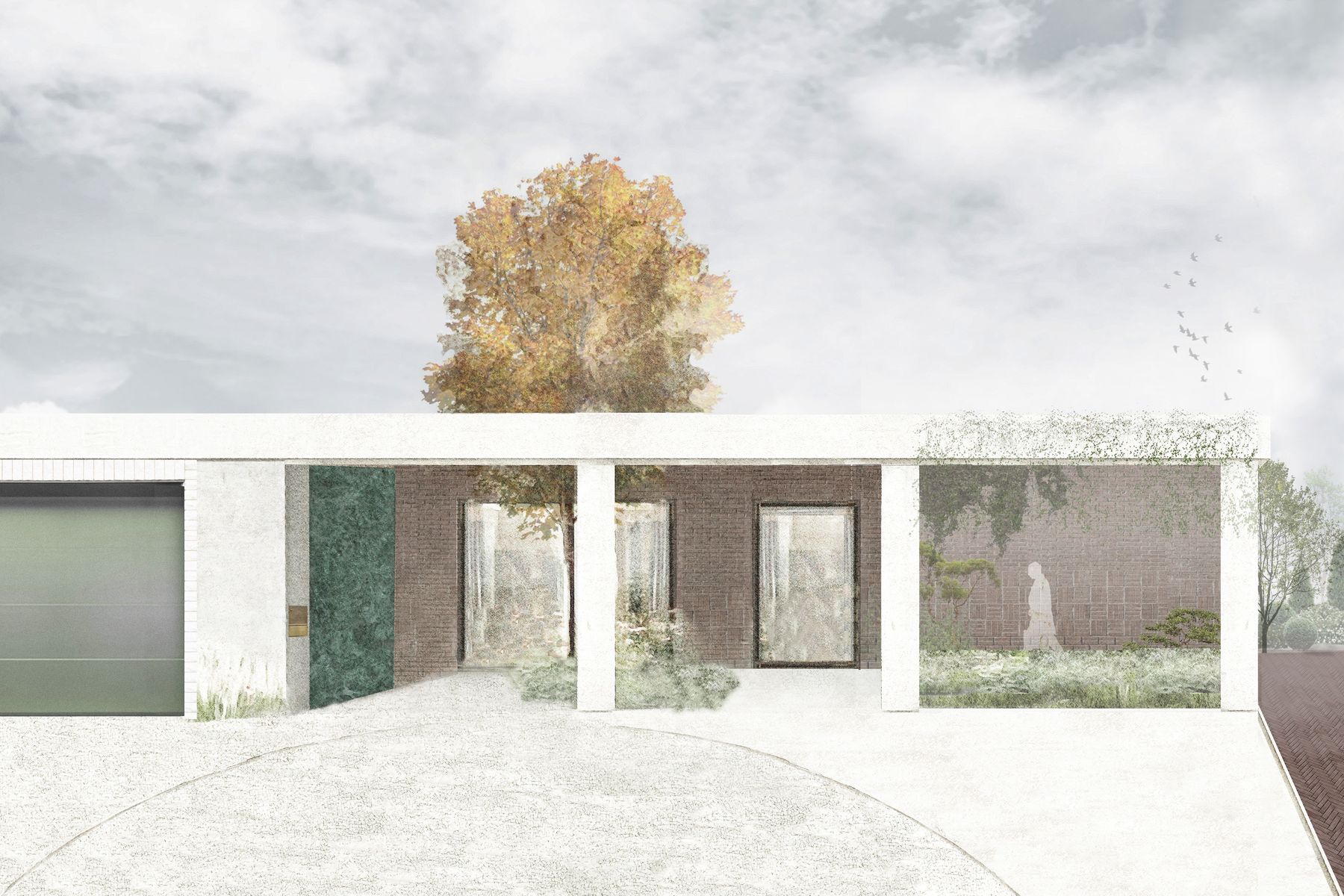 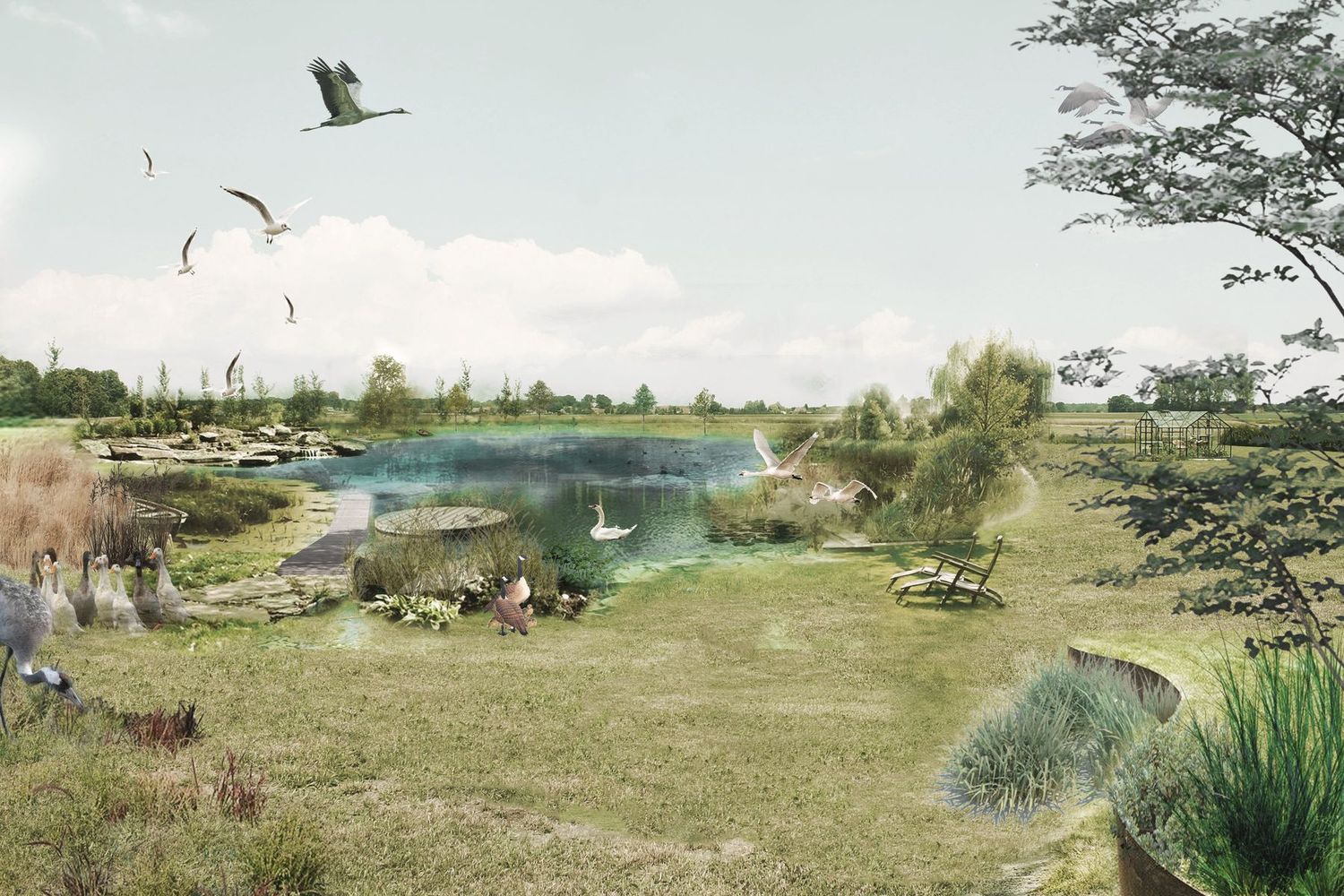 A single-family house with all amenities is planned on a large plot in the natural area of Stettiner Haff in Northern Germany to replace an existing building, becoming impractical for an elderly client. A flat volume is shaped around two courtyards, one looking toward the main road, serving as entrance, and the other one contemplating the free view over the open fields. With accessibility being the key aspect of the project for a client concerned with the theme of the aging body and imagining his ideal retirement home, all rooms are connected on the same level and chained in barrier-free sequences of both open and more private spaces. A garage and a covered swimming pool occupy a wing of the house and complete the program with functional and fitness facilities. The H-shaped building, cladded in traditional red bricks, is topped by a concrete tie bar resting on columns that frame open spaces through a play of voids, creating a square-like perimeter. The themes of the portico and the courtyards recall ancient archetypes of Roman villas. An artificial lake is planned at the centre of the meadow facing the house, both as a retreat for the client and an oasis for the local wildlife. Idyllic nature should render a setting and a backdrop to be experienced as well as observed from the distance.